What psychological impact does vitiligo have on patients ? 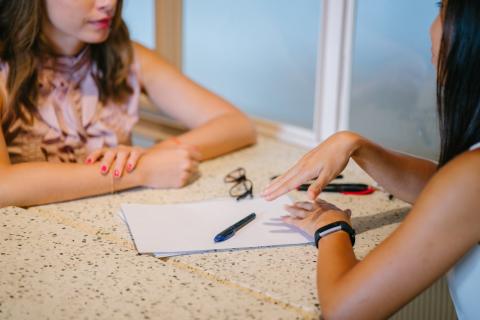 Arguably the biggest reason for people to struggle with the condition is the fact that vitiligo changes an individual’s outward appearance. Therefore it is no surprise that vitiligo can have psychological impact on patients lives.

The most common effects include:

In a recent study, as many as 83% of vitiligo patients asked to take part, responded. This was a very high response rate for such a study and it can be assumed that the condition correlates to a high degree of impacts among its sufferers. Also this is indicative of the number of people wanting (or needing) better support for the condition.

How can vitiligo impact a patient’s life choices ?

Because of emotional distress, vitiligo can have serious implications for a person’s life choices. Sufferers often end up not following the path in life that they might have wanted due to vitiligo. For some of the study's respondents, difficulties surrounding perception of their own body image were serious. This prevented them from living life in the way they would have liked.

One of the biggest themes noted by study’s respondents was the impact vitiligo had on their lifestyle. These impacts were both emotional and psychological in nature. In relation to these difficulties, patients’ quality of life was notably lower.

Some of the biggest struggles that patients reported included lack of self confidence, strong self consciousness, feelings of isolation and self resentment. Many people claimed that they felt embarrassed of their condition. The same individuals often also mentioned that they felt “ugly” as a result.

The above factors were more than psychological struggles. It was seen that the highlighted self esteem issues led to individuals not having the quality of life that they deserved. This included difficulties forming and maintaining relationships, often in terms of intimate contact. It also had an impact on patients’ education and career choices.

When can psychological support help a vitiligo patient?

Clearly, self confidence issues caused by vitiligo can be a great burden for a patient to carry, so psychological support is often needed. Psychological support can help a vitiligo patient come to terms with the condition. When done well, it will even allow them to learn to love and feel confident in their own body once again (as they so deserve).

One of the biggest challenges for coping with vitiligo is learning to accept the condition and how it impacts on an individual’s identity. Some people reported that they came to terms with it because the condition was not “serious”. These individuals were appreciative that vitiligo is cosmetic but not life threatening.

Others tried to cope with the condition by hiding it. Choosing clothing that would cover up the affected skin was a common method of concealing. As part of this ritual, affected individuals often tried to avoid situations where they would have to expose their skin. As many as 44% of the study’s participants reported this as a habit they followed to cope with the condition. This meant that going outside in the sun was largely disliked. Furthe rmore, activities such as swimming were avoided wherever possible. This meant that many sufferers missed out on activities that their peers would get to enjoy due to self confidence struggles.

Acceptance is easier for some patients and harder for others. Without quality psychological support, it may be even harder for someone to achieve acceptance. Support from friends and family members was also seen an essential part of coping.

42% of patients who took part in the study, mentioned they had difficulties with medical help they received. However, the biggest complaint was about lack of information and support around the time of their diagnosis. This shows that many felt they would have benefited from quality psychological support as a way of helping them to cope.

Patients believed the impact of vitiligo on a person’s life was not taken seriously by healthcare providers. This is especially true in the case of children and teenagers, who experienced bullying and self resentment due to the condition. Psychological support could help these young people cope with vitiligo

What type of psychological assistance is available?

People who are struggling with vitiligo might want to consider getting psychological help. This will allow them to cope with the condition. Some of the things that most patients want help with coming to terms with, include:

Psychological help can be provided individually or in a group setting depending on patient's preference. In a group setting, sharing tales and meeting others in the same situation can help a patient understand that they aren’t alone. Individual sessions can be useful for those who aren’t comfortable sharing details about their condition with others.

Hi, my name is Mitchell and I've had vitiligo for the most part of my life. I'm on constant lookout for new treatments so I've decided to start this website in order to share my most interesting findings. Generally, VitiligoZone contains articles about promising research but sometimes I'll approach psychological aspects, share personal experiences or interview people who have vitiligo. Information on this website is not meant to replace the advice of a health professional.

Concealing or embracing your spots?

I would like to start off with a question. Have you embraced your vitiligo or are you still in denial?

It seems rather difficult to answer even for those who consider the matter to be internally resolved. Many persons who have accepted they have vitiligo turn on a regular basis to fashion and cosmetics for help in carrying out day to day activities.

I myself am very open about my spots BUT haven’t gotten over using foundation. Applied on face and hands when going to work or attending functions and events, it provides a shield from inquisitive eyes.

Have ever wondered how the vitiligo condition is perceived by others ? You may have sometimes noticed a long stare or have been asked some odd questions but what is someone thinking when seeing a person with visible loss of pigmentation ?

How to help a friend with vitiligo

I once met someone who would not answer at all when asked about his vitiligo spots. I think he never had the time to absorb the changes he was going through and therefore was totally blocking this subject.

A person diagnosed with vitiligo might experience anything from loss of self confidence to deep depression. The fear of patches expanding quickly over visible areas can have a high impact around the age when one is most conscious about his appearance.

A bill initiated in by Brazilian representative José Olimpio pursues hospitals to provide psychological assistance to people with vitiligo. The text proposes that psychological treatment could be offered after an initial assessment by a psychologist.

The representative pointed out that vitiligo patients can be more successful in their treatment after counseling: "Often, people go into depression when diagnosed with the disease. This further aggravates the situation", he writes. The project is to be further analyzed by a committee before being brought forward.